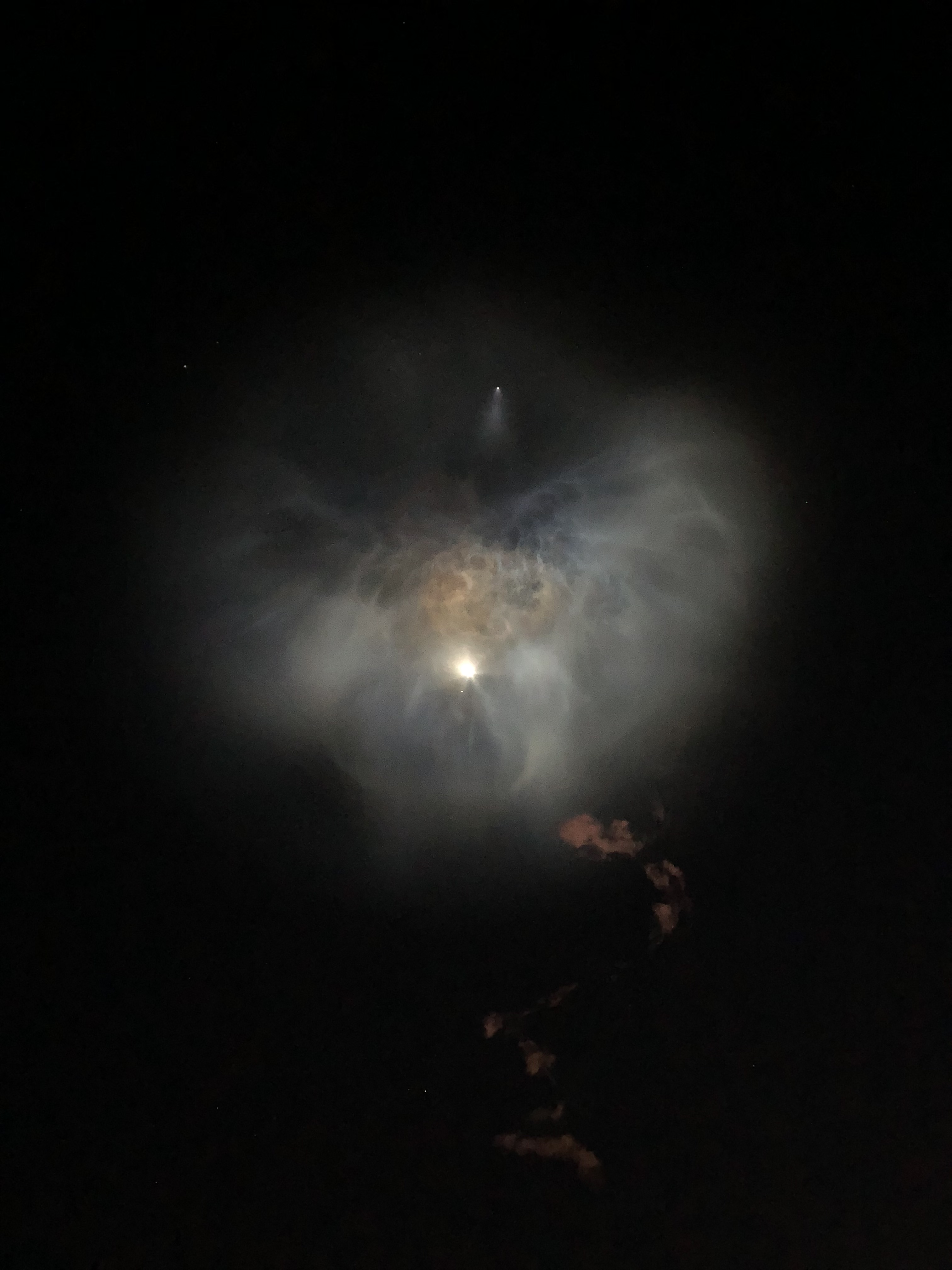 SpaceX successfully launched and landed its Falcon 9 on October 7th, 2018, marking the 62nd flight of the vehicle. It was also the 12th ground landing and the first on the California coast.

This first landing of the Falcon 9 from California felt historic as we drove out to Vandenberg from Santa Maria. Roads that are usually empty felt like they had turned into Los Angeles freeways during Monday night rush hour. We hadn't given ourselves enough time to reach our viewing point and had to pull to the side of the road, with hundreds of other people. It was an atmosphere of excitement and entire families gathered together looking to the sky.

As the sun set the anticipation grew until we finally saw the launch, and then heard the massive roar. The higher the rocket went the more it illuminated the sky. It was as if the rocket pierced through the sky and let through a pinhole of sunlight. As you stared up it felt as if you were going toward the light, making it appear bigger, instead of growing until, finally, the booster detached. A small pinprick of light continued higher, while this massive illumination came slowly, then quickly, back down to earth.

Everyone knew to expect those sonic booms when the rocket finally landed, yet it seemed like it must have landed by now, where were the booms? Just as that thought crossed our minds the sonic booms passed through and beyond us. I don't believe I will ever hear or feel anything like that again, not for the first time.

Everyone cheered and we slowly made our way back to our car, and back to our homes. What an experience. How far we have all come, and how incredible it is that so many of us have a direct connection to this. When I looked around at the excited faces surrounding us, I wondered what their part in this was. Did they work in cable houses? Did they work on base? Were they distributors like Titan? Or did they just recognize how significant this moment was and make sure they were present for the experience?

This was the first landing in California, but as I'm writing this it isn't the only, and these certainly will not be the last.